MENUS
Featured Recipe of the Week: Stuffed Pork with Sherry Sauce
Food and Wine of Oregon 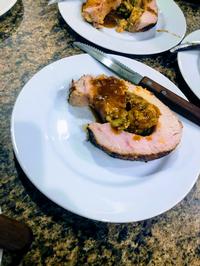 Here is a recipe that would be a nice addition to any holiday table!

5 cups chicken stock, or as needed